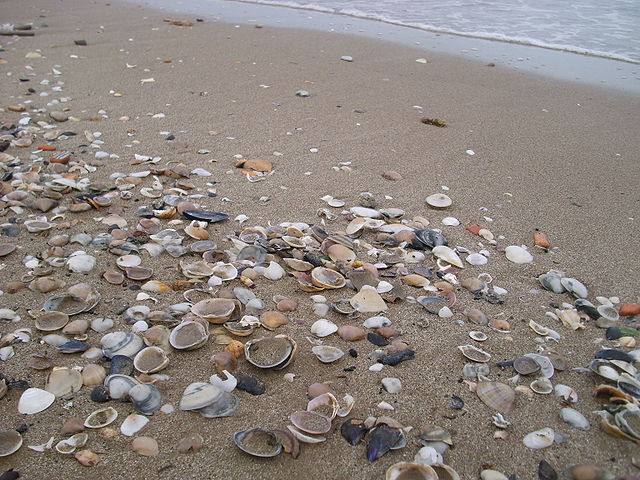 “I have the worlds largest collection of seashells. I keep it scattered on beaches all over the world. Perhaps you’ve seen it?” -Stephen Wright

On a recent trip to the beach, I sat by the water watching my oldest sister looking for seashells. It was a sight I have seen many times since I was very little, beginning with my mom on our family trips to South Padre Island off the coast of Texas, and continuing  later with my own family on the same beach. Back then two things were always part of our trips to the beach- the sand in our food and the desire to collect seashells and bring them home. Though now there are rarely times when we eat right on the beach, we still always look for seashells. It’s a part of the beach experience that has never left us, even though there seems to be far less seashells now than when I was little.

Seashells, for the most part, are empty little houses made by sea creatures that have since passed on. A lot of them disintegrate back into the sea, but many don’t, finding their way to shore. On their trip to shore some bump into each other and break into pieces. But quite a few make it to the shore unscathed. Finding their way over the man made sandbars, they end up at the end of their journey right at our feet, begging to be picked up. Those not picked up get taken back by the sea and recycled in one form or another. The sea doesn’t waste much.

When I think back to picking up shells as a child I often think about how I chose them. Like any child I would look for the biggest and brightest of everything. The more colorful a thing was the more I wanted it. Though I never found any of those large fancy ones you find in seashell shops, I did find some pretty good ones. Eventually I would make it home with a bucket or bag half full of shells.

What happened to all of them? I have no idea. They would go home with me with no real plan. I never had a space of my own to put them. When I grew older and did have a space to put them I found that I did not have the enthusiasm for them when I got home that I had on the beach. Of if I did, it did not last long and eventually the shells got lost or got tossed out. Sometimes I think I should have just left them where they were.

When I go now and walk the beach I still look for shells. I don’t look for the biggest and brightest anymore. I look for one that is simple and plain. Instead of looking for the most beautiful one I could find, I look for the one that has a story to tell, and I find the beauty in it. It’s a plain and simple shell usually, until you look closer and see that it is a most incredible thing. You realize by looking at it that it took a long time to get where it is. It grew slowly and quietly. It expanded outward along the lifetimes of the creatures that made it and cared for it. Until one day it was let go for the sea to take it back (until I came along). 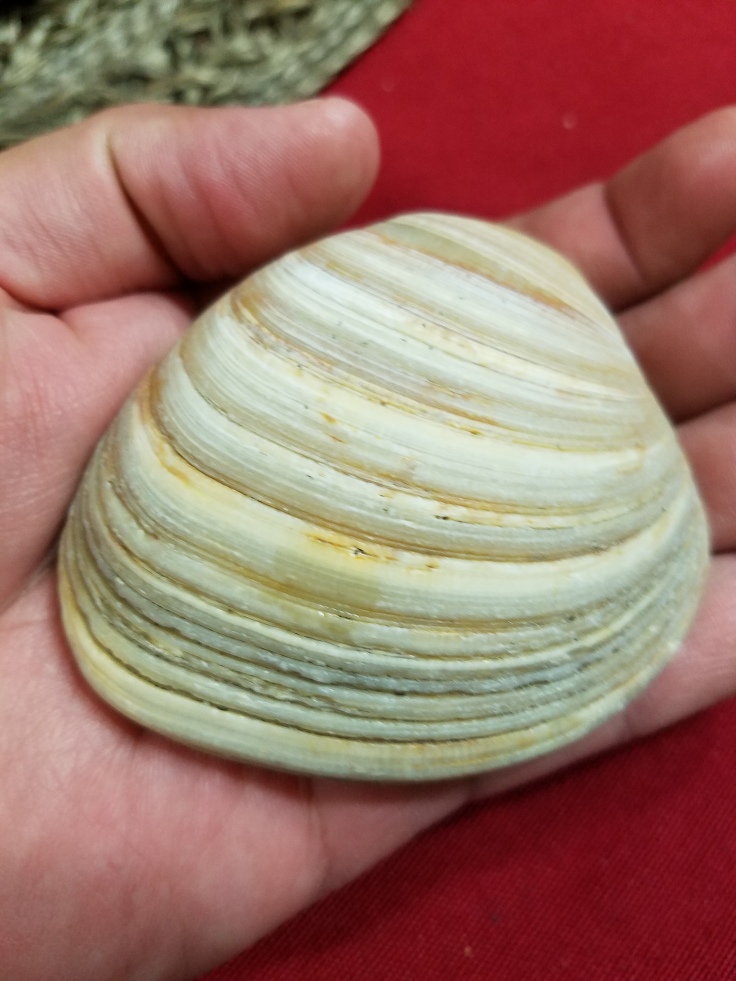 This seashell I picked up on my last trip will end up with a couple of others I have scattered among my books on my bookshelves. Quite appropriate, I think. Stories among other stories. To be read from time to time when the mind needs a small trip back to the good things that matter.