It is rumored, in the dark and seedy corners of the caffeinated underworld, that I am a coffee connoisseur. A coffee whisperer, if you will, with intimate knowledge of the magical  beans known as coffea arabica. It has also been reported that I am a well known patron held in high regard in the mystical land of Columbia, where, it is said, I taught Juan Valdez everything he knows.

I can neither deny or confirm any of this.  It would go against everything I believe. Wait, sorry, I don’t know why I said that. Of course I can confirm or deny it. It’s all a myth.

People do know I drink coffee, but that’s about it. How do I know that they know? How did they find me out?  Well, I write from coffee shops quite a bit and then post pictures of it just like every teenage kid in the world would on their social media accounts, duh. I live in the now. 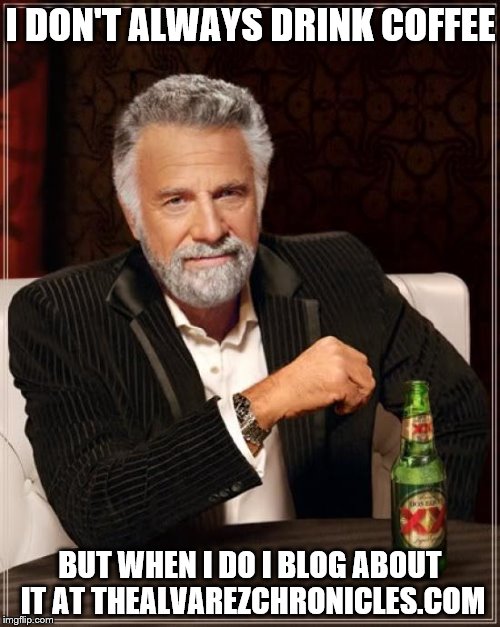 I do like coffee, but unlike most teenage punks in the world I don’t need to look up at a menu and see what other crazy things have been concocted to trick millennials into drinking coffee. I just like coffee.  Just a regular cup of coffee like I used to drink when I was in elementary school. Yeah, elementary school. 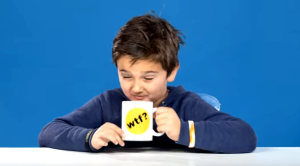 I have these memories of sitting at the breakfast table before school with my brothers and sisters. In front of us were paper plates with whatever breakfast we were having that day. Sorry, who am I kidding, it was always bean and egg tacos. And right next to those plates were these little red plastic cups of coffee (with milk and sugar, my parents  weren’t barbarians). I don’t know how long we did this, but eventually they started serving breakfast at school and we started eating there. The school, in it’s infinite wisdom, did not serve coffee to kids. Who knew, right? To this day my youngest brother’s right hand still shakes like a rattle snake’s tail when he just thinks of drinking coffee, which is bad, since he is a cop and that is his shooting hand.

But that is how my coffee life started. After that coffee was still required to stay up late and study for exams.  Later, jobs that required night shift work just added to the need for coffee. If you worked nights you need coffee. Even people who don’t drink coffee will drink coffee on night shifts.

Today, however, I drink coffee to enjoy it. And it’s hard to find a good cup of coffee nowadays. Real coffee has been lost for a while now. It took a back seat to companies wanting to make money by bringing teenagers into our sacred world and turning coffee into coffee flavored milkshakes with Red Bull in them .

God, I miss the days when I was 7 and could get a good cup of coffee.

But those were different days, when men were men and cars were made of metal. We did things different back then. Coffee was as cheap as motor oil and, in a pinch, could be used for the same purpose. But it tasted great. It was coffee. Just coffee.

But, you know, it’s my fault too. I caved a bit. In my search for real coffee I am now the owner of a new coffee pot, a French Press, a Keurig machine, and a box of Folger’s coffee singles. I know. I need help.

But not everything is lost. I can, on a good day,  get a good cup of coffee at 2 coffee shops I frequent. I do have to go around the back to the alley way though. After slipping my favorite barista a $20, and, after a rather complicated and lengthy secret handshake, I get the coffee of days of old and I get lost in time.

Those are my good days.

One thought on “Looking for Mr. Good Coffee”